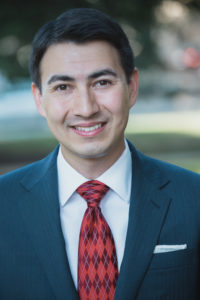 While 2019 is not on track to become the futuristic landscape predicted in Blade Runner, the new year brings new Rules of Appellate Procedure and takes steps toward a paperless appellate practice.

The majority of these changes relate to appeals from cases involving the termination of parental rights, which are now directly appealed to the Supreme Court of North Carolina. There are, however, changes to the Appellate Rules that will affect all practitioners, including adjustments to when appellant briefs are due, reduction in the volume of paper documents filed with appellate courts, and new rules concerning sealed documents and protected information.

There are a few notable omissions from the revised Rule 3.1, as well.

First, the revised Rule 3.1 no longer includes a separate provision regarding the appellate briefing schedule. Instead, appeals under Rule 3.1 will follow the general briefing and timing rules set by Appellate Rules 13 and 28(h).

Second, the revised Rule 3.1 is silent about whether termination of parental rights cases will continue to have calendar priority or the extent to which oral arguments will be held in these cases. Under old Rule 3.1(e), termination of parental rights appeals would “be given priority over other cases being considered,” and would “be disposed on the record and briefs and without oral argument[,]” unless otherwise provided. While it’s only implied by the removal of those provisions from Rule 3.1, the North Carolina Judicial Branch’s notice of these amendments to the Appellate Rules states that:

“These appeals will be calendared in the Supreme Court according to North Carolina Rule of Appellate Procedure 29. The calendar published by the Supreme Court Clerk will indicate whether the appeal will be disposed of on the record and briefs according to the North Carolina Rule of Appellate Procedure 30(f).”

In other words, the Supreme Court has the discretion to continue giving Rule 3.1 appeals priority over other cases, with or without oral argument. We will be able to assess the impact of these omissions once we have a large enough sample size of calendars published by the Supreme Court Clerk. Stay tuned.

Under the new Appellate Rule 13, the appellant no longer measures the deadline for filing their initial appellate brief from the date on which the clerk mails the printed record to the parties. Instead, the appellant’s 30 days to file and serve their initial appellate brief (or 60 days in capital cases) begins to run immediately when the record is deemed filed. Do not let your calendaring habits from last year carry forward, or you may file your appellant brief late.

Several of the Rules of Appellate Procedure were amended to reduce the number of paper copies filed with appellate courts. Office print queues rejoice.

Most of the reduction in paper filings relate to appellate record supplements, which were previously filed in triplicate. The revised Appellate Rules now only require the appellant to file one copy of Rule 9(d) Documentary Exhibits, Rule 9(b)(5) Supplements, Rule 11(c) Supplements, and Rule 18(d)(3) Supplements.

Appellate Rule 28(g) was also amended, and parties no longer need to file additional copies of a memorandum of additional authorities.

Appellate Rule 41 is now a one sentence instruction for the appellant to complete an Appeal Information Statement “using the electronic-filing site at https://www.ncappellatecourts.org before the appellant’s brief is filed.” (emphasis added). Rule 41 no longer includes an option to submit a paper Appeal Information Statement, so appellants should go here to register for electronic filing privileges if they have not already done so.

The amendments to the Appellate Rules consolidated provisions concerning sealed items and private information into the new Appellate Rule 42. Here is an overview of Rule 42:

While most of these changes to the Appellate Rules will only require minor adjustments for most appellate practitioners, the new Appellate Rules streamline or consolidate several procedures and signal additional steps towards a paperless future.